Menu
Log in
Register
Install the app
You are using an out of date browser. It may not display this or other websites correctly.
You should upgrade or use an alternative browser.

This is what separates a jeweler from a lab tech. Setting stones is no easy task..

HygienicBee said:
Not to mention Jack o lanters were turnips instead of pumpkins back in ye old witch huntin days
Click to expand...

Holly93 said:
I vaguely remember a New Yorker based tech posted some awesome designs in this field.
Click to expand...

I think that was "Marcus the Gladiator" haven't seen him around here for a while.

Glenn Kennedy said:
I think that was "Marcus the Gladiator" haven't seen him around here for a while.

I checked in with him a few months ago. He said he's doing fine and just is too busy to come play anymore.

user name said:
Well, the earliest know 'grillz' were I believe the Mayans drilling their teeth and sticking in jewels. The Filipinos liked to clad their teeth in gold to look like what their deity was believed to have. As far as 'blacks'...During slavery, the strongest, best males were sometimes given some care so they could function well and not die of abscess infections. The cheap copper teeth showed their 'value' among the others to the slave owners.
So I guess youre right. It a status symbol among the blacks.
Click to expand...

yes it is a status symbol, but it no longer is a symbol used with the same connotations as you have laid out; gold teeth and other assorted bling items among the black community signify a rise out of ghetto and slum life. a rise out of the neighborhoods created by segregation. a rise above the life of poverty.

got nothing to do with anything else today.

you see a black person with bling you know they came from a life of abject poverty and have made for themselves lives among the wealthy and elite. its why Obama never wore any, nor his children. they did not come from such humble beginnings. the gold is meant to remind both the wearer and the observer that their culture has been crafted through hard work on the strengths of their community - specifically the hiphop and rap community; niche music that originated in jazz but took on its own life and its own culture and is seen by the vast majority to be the culture of black people. icons of the hippie movement inspired black rappers in the 70's funk era to begin their own fashion and their own culture. the war on drugs fuelled their movement, as accused of coke trafficking several people began flashing wealth as a dogwhistle to provoke white people as if to say 'so what i sell coke i made bank' and deride the racism that pervaded that viewpoint.

this helped carve out the boundaries of what made you a successful black person through the 70's and 80's. you had black dance, black fashion, and black music. as rap grew out of funk, a certain amount of rebellious white added legitimacy to the 80's thug era, as skaters and punks adopted drug culture and formed the ska and grunge movements; blacks, and rebel white among the anti-corporate culture of the day. currently it is seen as fashionable for those with hyper wealth to display it in their dress in high labels, to buy large palatial homes, and drive expensive cars; this is common no matter the ethnicity of the individual. the elite dress not conservatively but with class instead of gaudily. grills and necklaces and platinum teeth arent so much a thing of the past, but just less prominent among the popular elite.

so yes, while it may be seen as thuggish and promoting 'dangerous' lifestyles, it is not entirely inappropriate. it is only inappropriate to dismiss working on these types of bling items on racist grounds. just be careful of ignoring the elapsed time from the civil rights movement, and all the progress and cultural changes since. it may label you a way you surely did not mean to be labelled. denying these kinds of appliances may legitimately be not an amount of investment you want to get into, but denying it because you do not support black people or their current culture may brand you unapologetically. the types of views carried by racists include associating heavy gold jewelery with heavy iron cuffs made to enslave, or associating heavy gold jewelery's purpose with holding a person underwater, or referring to jewelery in biblical 'pierce thy slave's ear' connotations.

i'm only making this post because of reports. please don't think i'm pointing or wagging fingers.

i could have copied the last two paragraphs from here, but i put it into my own words. 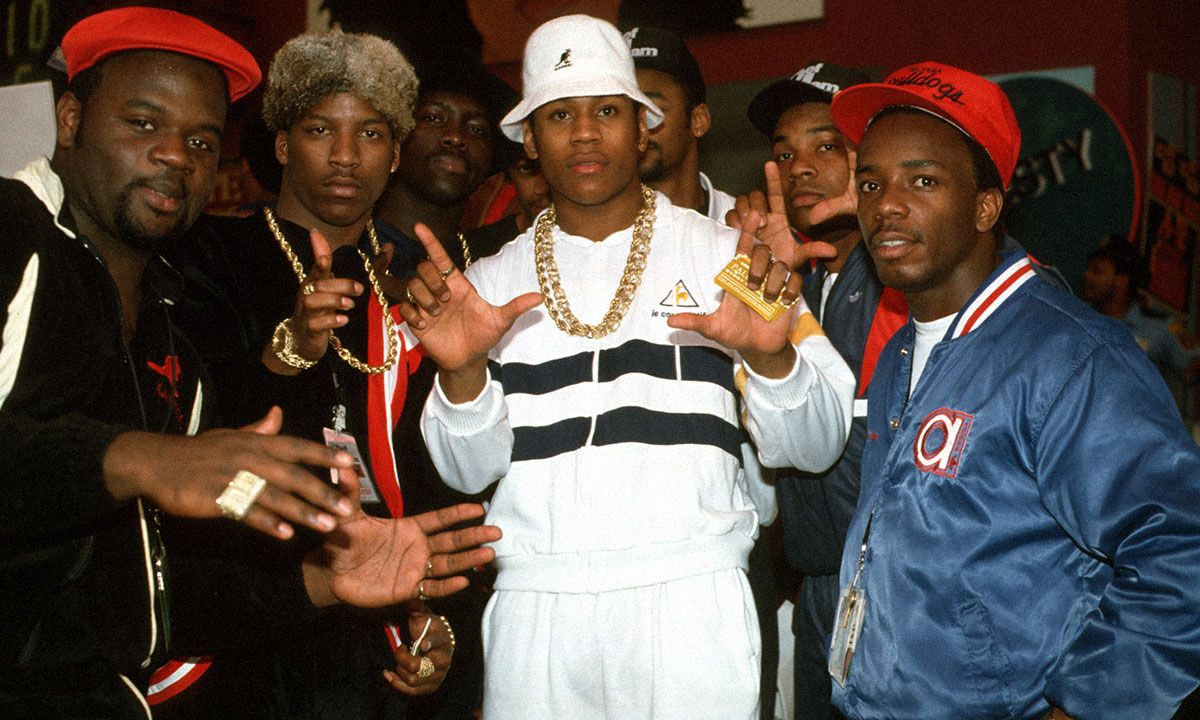 A Brief History of Bling: Hip-Hop Jewelry Through the Ages

We take a look at the history of hip-hop jewelry, an accessory that has roots far deeper and varied than you might imagine.

We have plenty of blinged up black folks in the neighborhood of my lab. They wear the heavy gold looking jewelry. They have large chrome rims on their rusty cars.They disregard the neighbors while playing loud music outside after dark and they keep their rented yard clean by throwing their bottles and beer cans in to the neighbors property.

I have no respect for their obnoxious ways, and Im quite out spoken at any office when Im asked to do flashy work to help them look like thugz. It 'may' label me? I damn sure hope so.

Dont get me wrong. We've had plenty of white trash punks here too, and I probably been even less tolerant with them.

Let me clarify for those who arent quite sure.

Im intolerant of stupidity. I have no sympathy for those who have eaten themselves into a state of obesity and disability. I dont tolerate people who litter, dont mow their lawns or allow their dogs to crap off their property and dont pick it up. I have no time for people who smoke, neglect their kids and arent willing to work...no matter the job, to provide for their families. I dont have any respect for those who engage in premarital sex. You deserve to get STDs.

Agreat deal of this comes down to what mode of effusive gluttonous overindulgence does your community see as a respectable sign of wealth.


Gold jewelry?
A Lexus?
A truck with four or more rear tires for groceries?
A tweaked and tuned Nissan Skyline?
Pocketfuls of gadgets? (Er, hi.)

It all comes down to one thing, and for once small moment Freud is right.
'I have extra resources, mate with me."

Aint nobody gonna be matin with me. My life style is for my own indulgence.

user name said:
Aint nobody gonna be matin with me. My life style is for my own indulgence.

You've made your family already, I'm not pointing at you, kinda off to the side and behind you.

Manchild syndrome is not an exclusively American event.
There's no shortage of 30 year olds about to turn 14 in women either. Sadly.

If we as a populace, humans-not just Americans, want to grow instead of continue to super-sub-divide we need to learn again how to live without constant entertainment and reinforcement of our own ideas in the crepuscular twin guises of 'news' and 'education'.

I think need to hide my keyboard again for a bit.

If anyone wants to continue with the philosophy say so and I will split the posts off to a new thread.

I would do them in titanium and do a really intricate anodization on them and you could blow up. Rainbow zebra stripes? Gold is so 700bc.

Affinity said:
I would do them in titanium and do a really intricate anodization on them and you could blow up. Rainbow zebra stripes? Gold is so 700bc.
Click to expand...

There is an AR15 manufacturer that charges through the nose for a simple two-tone spash anodizing job.

Just put a barrier coat of vaseline or something over the areas that need lower voltage after you have them the color you desire and crank it higher to change the uncoated area to a higher voltage color.

Panthera makes nice ones too. People who believe they are tolerant are some of the quickest to attempt to have others silenced.

user name said:
People who believe they are tolerant are some of the quickest to attempt to have others silenced.
Click to expand...

that doesnt pass my sniff test.

people who are tolerant usually are so until someone starts speaking hatefully or ignorantly. in the case of ignorance usually tolerant people speak up with education and information. in the case of hateful speech then censorship is advocated.

The problem with tolerance is so much in life shouldnt be tolerated. Abortion, transgenderism, sloth, gluttony/obesity, anti American liberalism, just to name a few.

The words 'hate speech' have been thrown around lately like its a bad thing. There are many things that God hates. Is it wrong to speak them? apparently it is according to the tolerant police.

"he who is without sin cast the first stone"

Religion and politics. Great subject for a dental technical forum.